Thinking Beyond Sheryl Sandberg's Lean In Watch the newest video from Big Think: https://bigth.ink/NewVideo Join Big Think Edge for exclusive videos: https://bigth.ink/Edge ---------------------------------------------------------------------------------- Jody Greenstone Miller critiques Sheryl Sanderg's "Lean In" approach, citing it as a rather old ideology. Miller says it's not for lack of ambition that women are too often on the outside looking in. It's lack of time, as well as a lack of respect for varying time commitments. In order to diversify our leadership class we need to reconceive of our notions of time, hours worked, flexibility, and productivity in the workplace. Miller is the founder and CEO of Business Talent Group: http://www.businesstalentgroup.com ---------------------------------------------------------------------------------- JODY GREENSTONE MILLER: Jody Greenstone Miller, founder, chairwoman, and chief executive officer, has served in senior roles in business, government, media, law, and the non-profit world. Ms. Miller was a venture partner with Maveron, the Seattle-based venture capital firm, from 2000 to 2007. She was previously executive vice president and later acting president and COO of Americast, the digital television and interactive services partnership of The Walt Disney Company, SBC, Bell South, and other regional telephone companies. Ms. Miller also served in the White House as Special Assistant to President Bill Clinton, where she was Deputy to David Gergen, Counselor to the President. Earlier in her career she helped launch a successful documentary television division for Time-Life Television; established a Lehman Brothers investment banking office in South Carolina; was selected as a White House Fellow and served in the Department of the Treasury under President George H. W. Bush; and served as Legal Counsel to South Carolina Governor Richard Riley. Ms. Miller began her career as a lawyer at Cravath, Swaine & Moore in New York. Ms. Miller serves on the board of directors of TRW (NYSE) and Capella Education Company (NASDAQ). Ms. Miller is also a co-founder and board member of the National Campaign to Prevent Teenage Pregnancy and is on the advisory board of the Drucker Institute. She has written (with her husband Matt Miller) the November 2005 cover story for Fortune, “Get a Life!” about the relationship between companies and senior business talent, and an April 2004 New York Times Magazine article about the need for better health care solutions for independent consultants. She holds a BA from the University of Michigan and a JD from the University of Virginia School of Law, where she was Order of the Coif and winner of the Lile Moot Court competition. Ms. Miller resides in Los Angeles. ---------------------------------------------------------------------------------- TRANSCRIPT: Jody Greenstone Miller: Sheryl Sandberg and the cadre of women who are writing about the problems women have that are creating barriers for their success whether it's confidence or it's being bossy or it is being perceived as somehow less friendly or desirable if you're successful are all fine. These are not new ideas. These are ideas that have been around since Matina Horner 40 years ago wrote her famous "fear of success" study where she showed that women were afraid of what success would do to them. And she did a fantastic research project where she asked women from very elite colleges and men from elite colleges to answer a prompt. And the prompt was: Jane finds herself at the top of her medical school class. And for men it was: John finds himself at the top of his medical school class. And the men would write about John's wonderful success and how he would prosper and have a wonderful family and wife. And the women would write things like Jane will be torn limb from limb. She will be miserable for the rest of her life. She's never going to be, you know, happy. And based on this Matina Horner said women have an internal block that prevents them from being successful because they're afraid of its impact. Now this was 40 years ago. So what we're hearing today from people like Sheryl is very much the same, that there are these internal things, there are societal perceptions and that those are the real hurdles to women becoming true leaders globally and leaders whether it's politics, whether it's nonprofits, or whether it's corporate America. And I don't think there's anything necessarily wrong with that. And some of these I think are, in fact, real issues. But I don't think that's the real problem. I think the real problem is the way institutions are structured and the paths to leadership today, which require one kind of person to be successful. Read the full transcript at https://bigthink.com/videos/thinking-beyond-sheryl-sandbergs-lean-in-with-jody-greenstone-miller 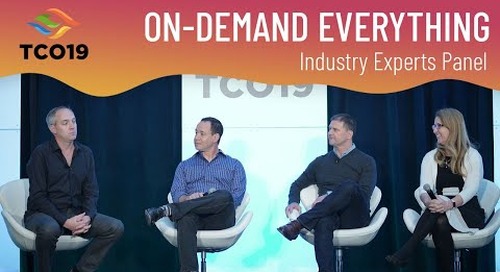 Industry experts discuss how companies can tackle the "global skills crisis” in this panel led by Paul Este... 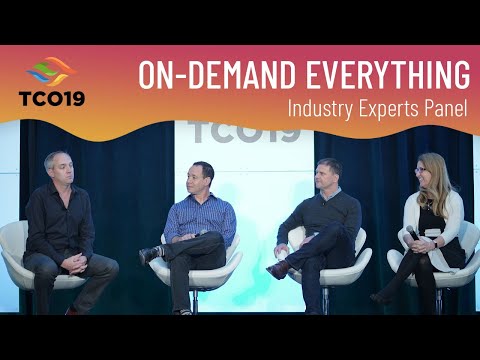 Industry experts discuss how companies can tackle the "global skills crisis” in this panel led by Paul Estes, author and on-demand talent evangelist. With Steve Pockross of Verblio, Brian Bednarek of